Well I set my alarm last night for 5.30am this morning and by 6am I was out the door, metal detector in the boot and defrosting the car. I will be honest I had second thoughts about going from the start considering that the temperature gauge was showing
-5°c brrrrrrr but I carried on regardless. First stop was Bridlington which is a sea side town around 45 mins from my house however with the icy roads it was near enough an hour today.

Unfortunately Bridlington was a no go, flat and featureless. So onwards I went further North to Filey which is around another 10 miles or so. 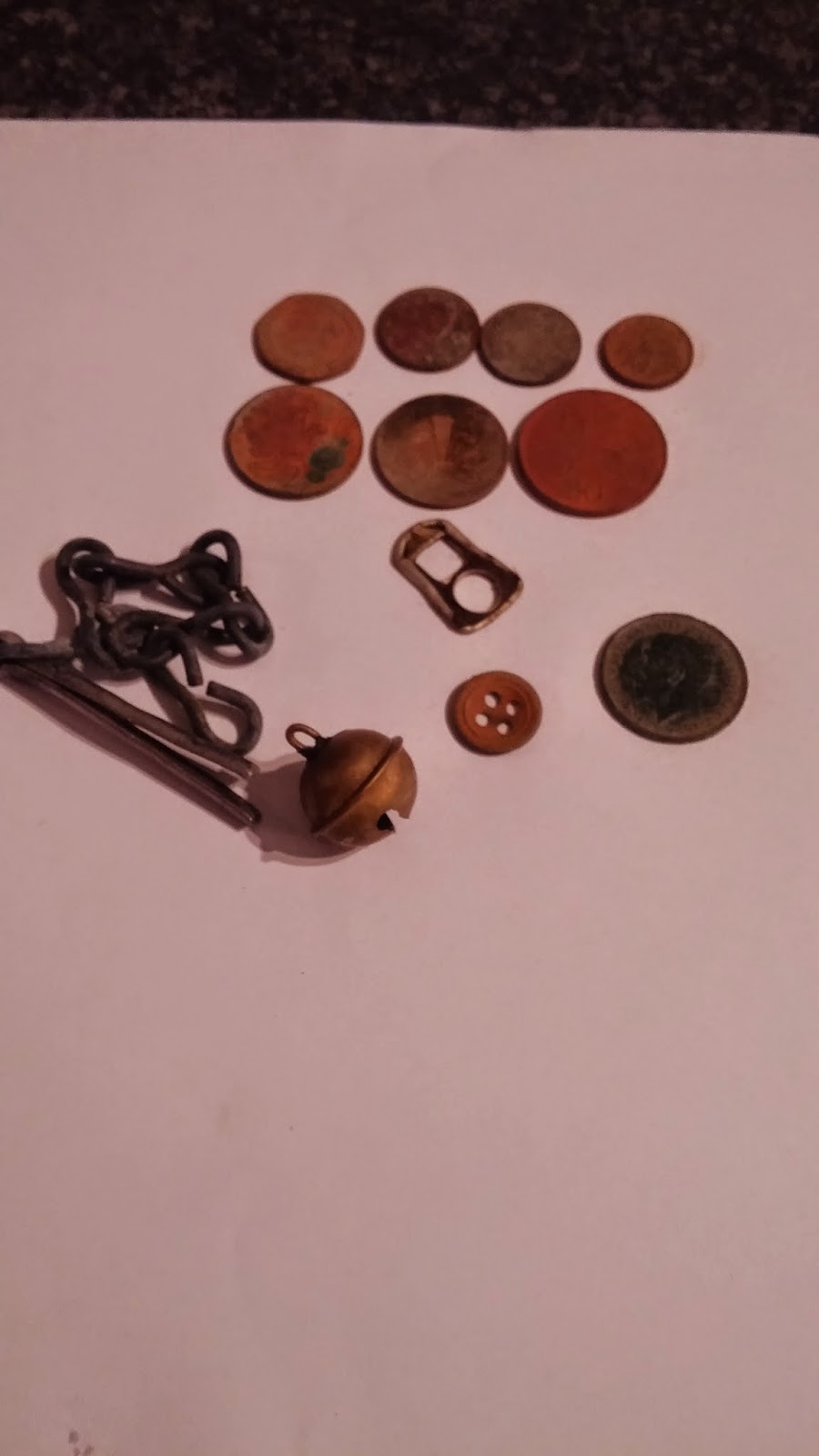 Upon arriving at Filey it was the same old shit, different day (will it ever return to bare clay?). The sand was as high as the last visit I made if not higher but I had driven a long way so I wasn't about to turn back home. I got my metal detector out the boot, weapon of choice the Cscope cs4pi which excels on the wet stuff although it does mean a lot of digging.

The finds were pretty baron and I was covering a lot of distance between each one. The first few signals were modern coppers and a five and twenty pence coin, at least it was keeping me entertained and my mind away from the fact that my fingers were slowly turning into ice pops.

Next up was a split pin connected to a small length of chain followed up by the staple find of every metal detectorist, the ring pull. I didn't have another signal for around 20 minute's  when up popped a little bell. I will admit, at first I got excited as I though it was my first ever croatal bell but on closer. Inspection its pretty obvious its a brass fog bell.

My final and absolute favourite find of the session was a1920 half penny which came from very deep on the wet stuff. Yes I know what you are thinking, a modern ish half penny woopee. But I will never tire of finding coins like this as it was one of the first coins I found that got me hooked on this hobby in the first place.

So that was me done I carried on detecting whilst walking towards the car but there were no other finds. It was an enjoyed couple of hours but the coldest weather I have ever metal detected in.

I don't think I will be needing to burden the FLO with my hoiked treasures this time lol.